Okay, guys, this is an interesting murder case requested by Talko Supremo Mike that reminds me so much of the Dellen Millard case that we covered last year. Here we have yet another son of a multi-millionaire and complete screw-up. Seriously, what’s with these guys?

This episode takes place in Bucks County, Pennsylvania, which I’ve never been but have heard the cheesesteaks are pretty epic. I decided to begin the story with a press conference delivered by the Bucks County District Attorney, Matthew D. Weintraub.

The press conference from July 13, 2017, walks the public through the careful excavation of 4 human bodies, 3 of inside one mass grave.

What’s more, the human remains were those of kids all under the age of 25 years old. 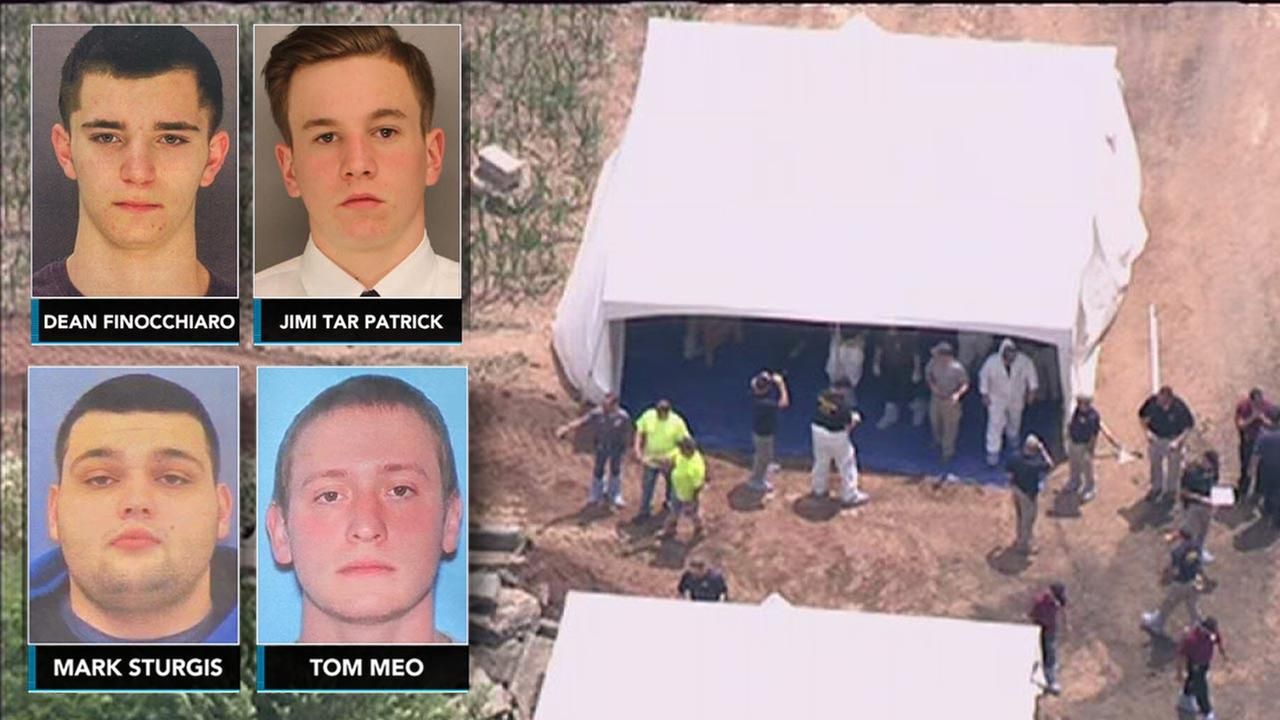 Jimi Patrick, 19, was a sophomore business major at Loyola University (a name that I still can’t pronounce correctly).

Thomas C. Meo, 21, who had diabetes and insulin dependent who’s car was soon found missing in the killer’s parent’s garage.

And Mark Sturgis, 22, who was friends with Meo and were killed together.

The masterminds behind this horrific story were two cousins Cosmo DiNardo (who I call Dellen Millard 2.0) and Sean Kratz.

In a nutshell, Cosmo DiNardo is a rich kid with wealthy parents who for some reason also sells weed (what he calls “firewood”).

Although DiNardo confessed to the killings and burying the bodies in a 12 1/2 foot hole dug with a backhoe, he never explained why he killed these kids.

You could say it was drug deals gone bad, but when you research the case, you can quickly see that it is more of a senseless case than anything else.

One of the big arguments that I chose to focus on in this episode was the fact that Cosmo DiNardo at one time suffered from an ATV accident and suffered brain damage; even though I could not confirm or find any medical reports or brain scans for this.

So was it brain damage or not?

If you listened to the episode, you would hear that I dug up as many testimonials of former friends of DiNardo’s and girls that he has tried to date, and the majority of people claimed that he capable of these murders even before his ATV accident.

So I seriously don’t believe that this is an excuse for killing four other kids.

Another senseless murder I guess.

Hey y'all I'm the main story teller on our podcast episodes. If you want to listen and subscribe to the podcast just search Talk Murder To Me in any podcasting app. Thanks!

More from this show

This week we discuss the Susan Smith case in Union, South Carolina. Smith is currently serving a life sentence with the possibility of...

Hisashi Ouchi worked at the Tokaimura Nuclear Power Plant in Japan which is operated by the JCO company. On September 30, 1999 Ouchi...

On September 22, 2006 Cassie Jo Stoddart was house sitting at her aunt and uncle’s remote home on Whispering Cliffs. Cassie Jo...